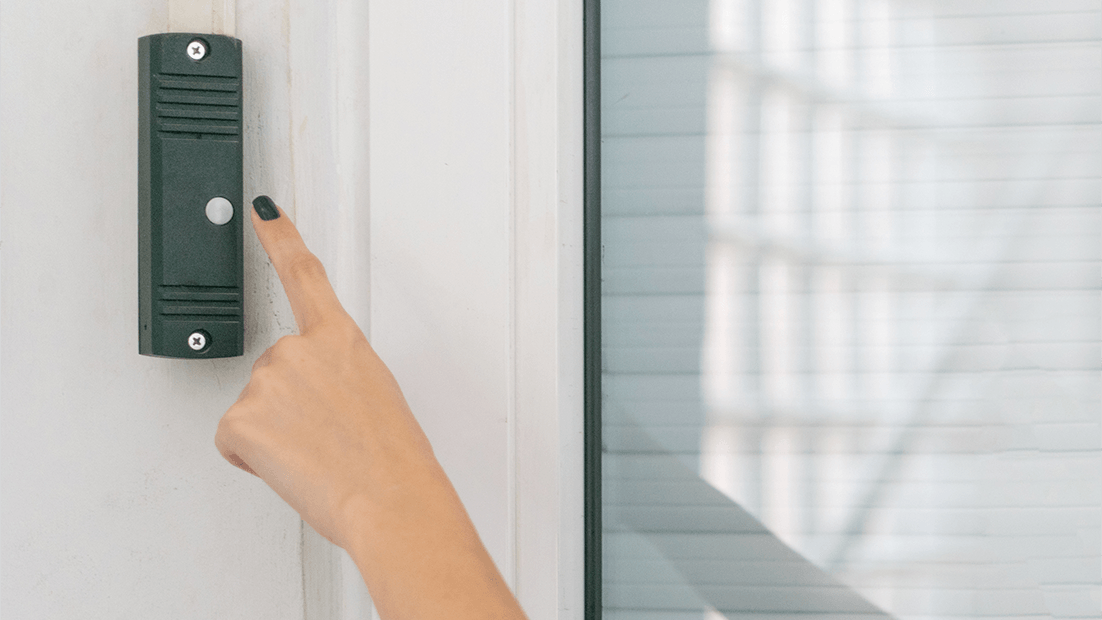 These instructions should make installing a new doorbell or repairing an existing system fairly easy. The procedure usually involves discon­necting wires, removing them and installing the new device. Exceptions to this process include a new system where wires must be "fished" through walls and ceilings, or a battery operat­ed system.

Doorbells usually operate on a low voltage 16-volt system. A transformer (converts 120-volt house power to 16 volts) is pre-wired for house power connection and usually fastened to the junction box. The 18 or 20 gauge bell wire is attached serially to the trans­former screw terminals, the chime and door buttons.

If the doorbell does not ring and the circuit breaker has not been tripped, one of the following could be the cause:

Bell buttons are usually located on the outside trim or siding of the house next to the door. Rain and moisture can corrode the button's connections. Remove the old button without damning it. This exposes the button terminals and bell wire. Remove the bell wire from the terminals. Use sandpaper to clean away any corrosion. Touch the wires together (they are low voltages so don't worry about electrical shock). lf the bell sounds, your problem is solved.

Check for loose bell wires at doorbell terminals and tighten with a screwdriver.

Problem 3 - WIRE PROBLEMS AT THE TRANSFORMER

Problem 4 - PROBLEM WITH THE DOORBELL OR CHIME