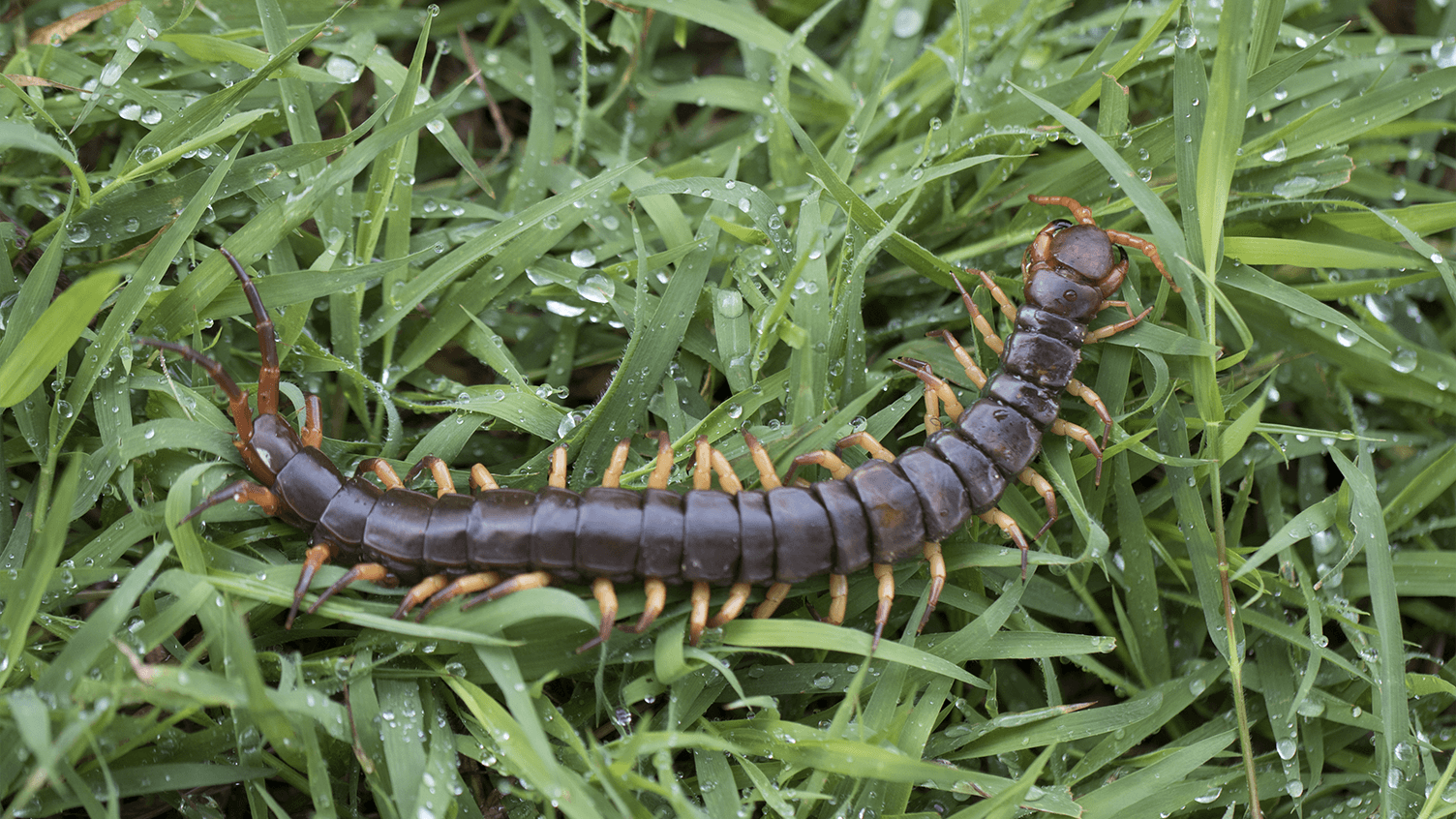 It’s hard to imagine myself blogging about ugly (some look intriguing) creatures again...this time about centipedes. My memories drift back to Maui...watching my sister trying to kill a centipede that was crawling up a wall. I thought she would take out an insecticide spray, but no - she grabbed a hammer! No fear - she acted like this wasn’t her first time. The centipede fell to the ground and became two... bodies squirming frantically about.

By no surprise, Hawaii’s tropical environment creates a delightful habitat for these nocturnal crawlers. When it’s warm outside, they hide under stones and rotted logs and in soil crevices and piles of leaves.

If secondary infection occurs, contact your doctor or visit an emergency facility immediately.

Want to know more about Centipedes?

There are a few different types of centipedes living here in Hawaii. However, only one of them receives attention. This centipede is known by the name of Scolopendra subspinipes. They are noted in Hawaii for their significant size and “medical importance.” Incidentally, it’s a common misconception that centipedes have a hundred legs as the Latin prefix “centi” implies.

Centipedes are invertebrate animals that are classified as arthropods (not insects). A centipede reminds me of a car. Its body can be modified to perform specific functions. They vary in color but are typically brownish-red, with yellow-orange legs. These creatures normally range between four and eight inches in length. Centipedes have a flattened, multi-segment body, and each segment consists of one pair of jointed legs (millipedes have two). Depending on its type and size, a centipede can be running around with over hundreds of legs. Their two front legs are modified to act as fangs. Centipedes use these poisonous, claw-shaped appendages for self-defense and to puncture the skin of its victims. You guessed it right! If you were ever bitten by a centipede - it was their fangs that pierced your skin. The pain can be excruciating!

The Hawaiian centipede is steadily making a name for itself, especially among visitors. This creature’s large size (and bite) accounts for its popularity. When tourists leave the island, they take back more than just macadamia nuts. A lot of them carry unforgettable memories of the Hawaiian centipede. This arthropod even caught the attention of media folks. Local news media reported that a centipede over a foot long was caught earlier this year. News about this giant centipede quickly spread throughout the mainland. It’s believed to be the Scolopendra subspinipes - and the largest of its kind. This creature was indeed a rare find!

Centipedes are nocturnal creatures that thrive in our tropical climate. They are known to hide in damp areas during day, such as under boards, mulch, and stones. The female also sets her eggs in these concealed habitats or cover them in the soil. She will remain near the habitat until her offsprings are ready to fend for themselves. Centipedes are known to occasionally appear indoors when the weather is cloudy. Any crevices throughout your house gives them access, including windows and doors. They might also sneak indoors when their habitats are disturbed or when hunting for food. Once inside they look for moist areas, especially bathrooms. Centipedes tend to hide in dark spots, such as shoes, clothing, and bedding. One advantage of a centipede inside your home is its appetite for roaches. No, thank you!

The Hawaiian centipede is considered the only medically significant centipede in Hawaii. To clarify, predicting the course of injury caused by a centipede bite is impossible. This uncertainty places centipedes in a clinically dangerous zone. Centipedes inflict injuries, which can lead to serious illnesses, allergic reactions, wound infections and other health complications. What began as a small bite, may also affect an individual’s heart, kidney or other vital organs. The tricky and (scary) part is that - venom equals unknown results.